Since my last post, our new house has come quite a long way! The lot has been cleared, framing is complete, and the groundwork for plumbing and electrical is almost finished. While the builders have been hard at work, there really hasn’t been much to see from the outside, but I think that’s about to change once they start putting up drywall in the coming weeks! 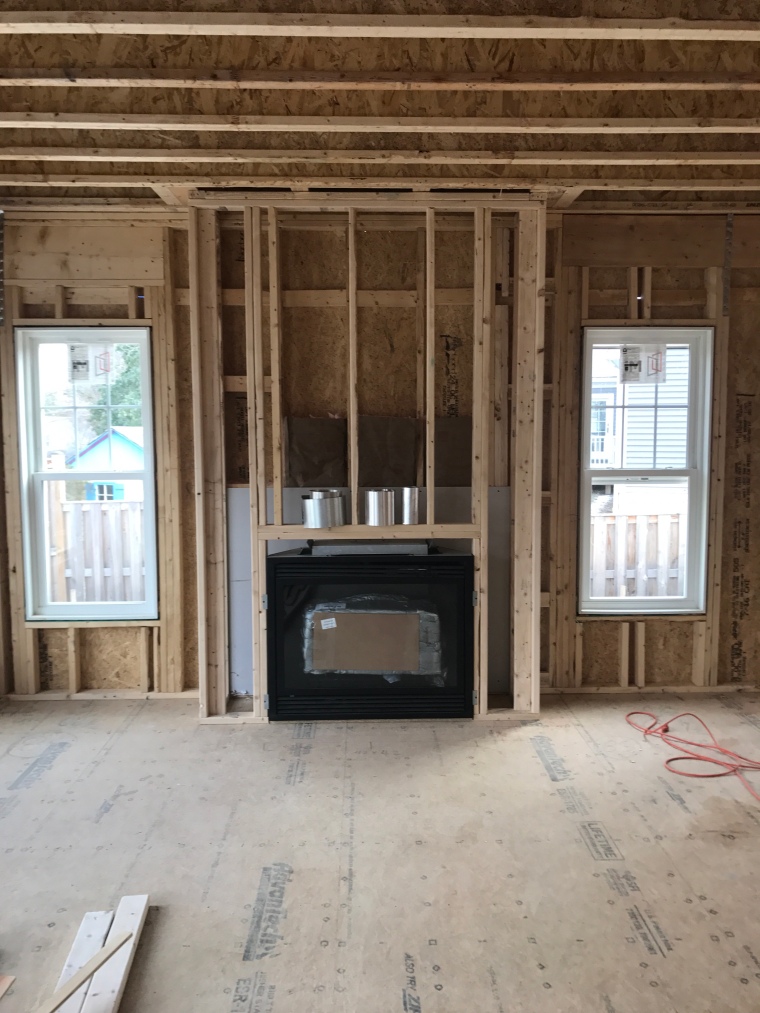 In the meantime, we’ve been having a great time working with St. Clair Kitchens to finalize the kitchen layout, cabinetry, and make sure it all works with our appliances. I never realized there were so many options when it comes to types of cabinets, drawers, organizers, and inserts. One of the first decisions that we had to make was whether to have one, two, or no windows on the stove wall. We decided to go with two so that the kitchen is airy and bright. Adding two windows also really makes the range and hood a focal point on that wall. Another major decision was the size and shape of the kitchen island. I dreamed of a wide island with large pendant lights and 3-4 barstools lined up facing the stove, but the space was really just too narrow so we ended up needing to turn the island longways. Now that it’s framed, it’s starting to feel real, and we’re so excited to have enough space to have our friends and family over for a proper meal, and to have adequate storage to keep our kitchen organized. 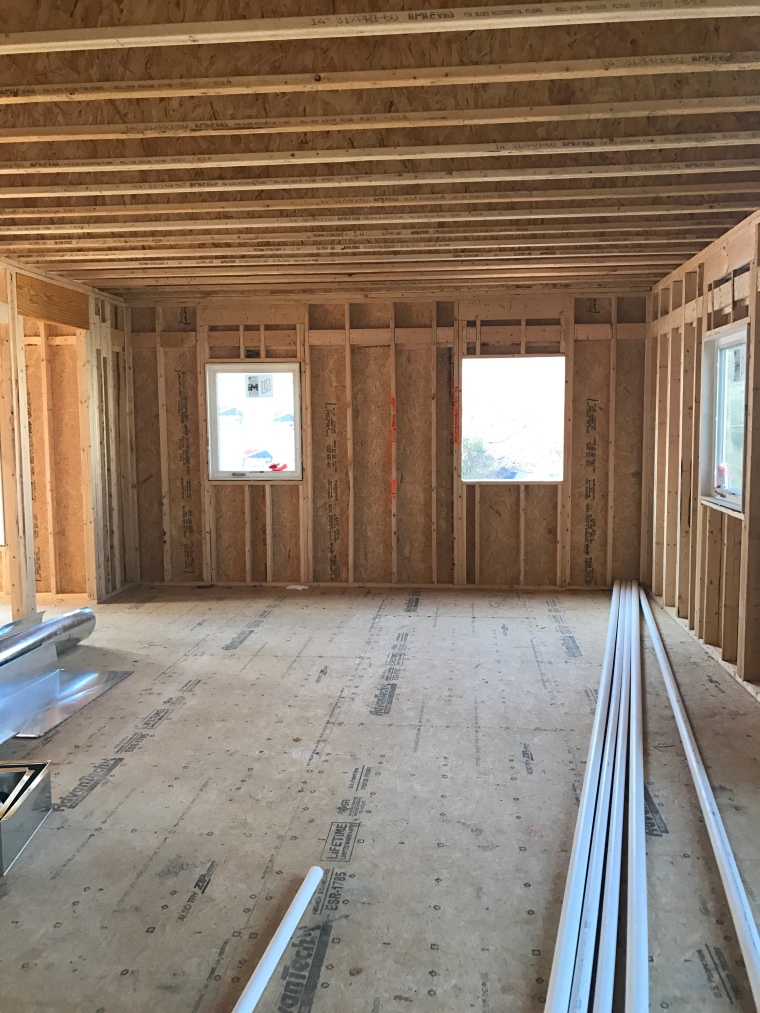 Another change that we decided to make was removing the wall between the “his and hers” master closets to create one large master closet. We also shortened the windows to allow for built-in drawers for accessories and such underneath like in Rachel Parcell’s amazing closet designed by Alice Lane Home. While our closet will be no where near as large, and I won’t be able to fit my desk inside, I hope we’ll be able to have separate storage areas for short and long dresses, skirts, blouses, and a shoe wall! 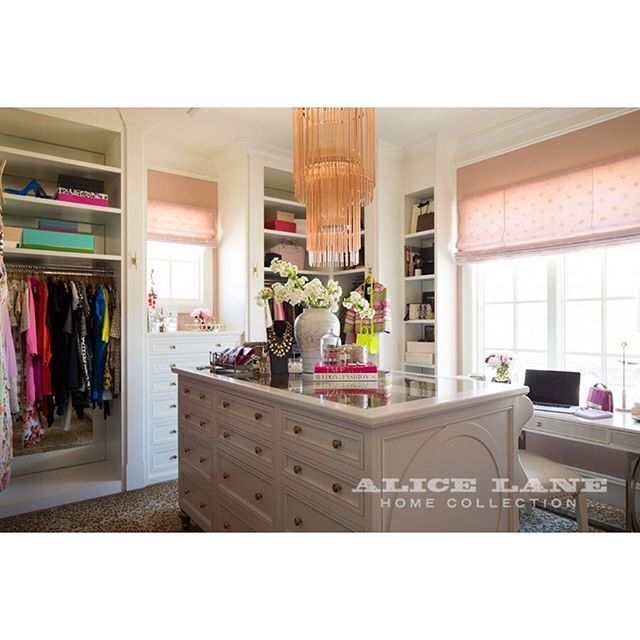 Since the plans were already in place when we signed our contract on the house, we haven’t made too many structural modifications to the original plans, but will get to pick out almost all of the finishes from tile and countertops to paint colors and light fixtures…more on that coming soon!